The International Monetary Fund (IMF) and World Bank had been targeted by protesters for years but it took the successful disruption of the World Trade Organization (WTO) meetings the previous November in Seattle to bring great masses of people capable of having a bigger impact. More demonstrators meant a greater need for housing so as an anarchist I took another cue from the Seattle WTO protesters and hoped to make a point about the idea of private property and housing.

Upon arriving in D.C. in early April, 2000, I made my way to the activist convergence space and began inquiring about local squatters or squatting efforts. Everyone who had anything to say about my queries pointed me in the direction of Jennifer Kirby. Together and with others we opened more than a dozen previously abandoned buildings in the city in hopes of using them for demonstrator housing and then turning them over to local homeless individuals or organizations.

More than a hundred individuals were housed as result of our efforts. We planned an occupation of one building to be done publicly in order to make a political point about squatting and housing. The group name we used was FLAG or Free the Land Action Group. Police responded quickly and violently to the action and descended on the building. Before long power and water services were shut off and those who chose to leave were allowed to do so without incident. The occupiers who stayed were beaten and arrested, but released before the protests were concluded.

Our public action failed in the short term but helped to create an interest in squatting and the issues of homelessness that made the formation of a D.C. chapter of Homes Not Jails possible. 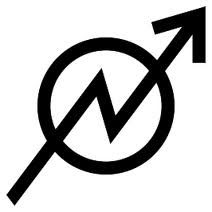