In December of 2007 I contacted the owner of a vacant brownstone property at 744 Willouhby Ave. The property was previously seperated into three seperate units in two different buildings: a brownstone with a carriage house in back. I quickly recruited a number of other anarchist minded people and together we signed a six year very reasonable lease in January 2008. The property had been vacant for a number of years and was not in rent-able condition when the lease began in February. The landlord was a typical slum lord trying to make a quick buck in a gentrifying neighborhood. As none of the toilets were functioning properly we were told we could use a bucket he provided for us. Other basic necessities such as refrigerators, ovens, and heat were also lacking.

Overtime the landlord did remedy this and even went so far as to provide nice new hardwood floors, however a number of violations were left for us to deal with including a lack of ventilation in a bathroom that resulted in a persistent mold problem. Despite physical intimidation and harassment we never paid that landlord another cent in rent and took him to court ultimately winning.

Although we successfully dealt with our external antagonist we were not cohesive internally. The house held nine bedrooms each of which had been filled with people who claimed to aspire to the same political ideology, but over time that showed itself to be far from an adequate point affinity to hold us together. Internal strife soon abounded. Some housemates chose to openly disregard the consensus process and soon people stopped treating each other with respect. Trust was lost and doors began to be locked to not only people's personal spaces but also to formerly common rooms, including a bathroom and later the living room. As old housemates moved out new ones were moved in clandestinely by one faction or another. People's spaces and property were violated and vandalized. A couple with a young child had dirt and detritus dumped into the baby's empty crib, as they were in the process of moving out.

Ultimately the back house seceded from the larger house and began to hold smaller consensus meetings amongst the residents of the three and 1/2 bedrooms there. 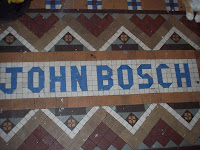 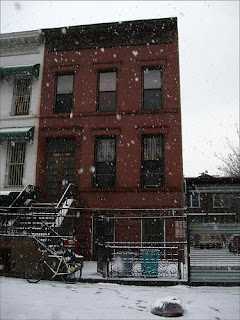