On and around August 8th, 2013 FBI agents visited the homes or places of work of a number of activists and former activists in Brooklyn, New York. They brought with them printouts from websites that featured anonymous attacks against me including one that was authored by my former one time girlfriend Margie Grace Navarro (who now sometimes goes by the name Odette.) She does not publicly take credit for the website, but has confirmed that she did author it. The agents encouraged people they visited to cooperate with them, and provide information about me. They said that they believed that I was responsible for the the Time's Square military recruitment center bombing in 2008. One pair of agents left a card and their information. A community response that encouraged people to be aware of what was going on, and not to believe rumors, or speak with law enforcement was drafted and published on numerous activist websites. 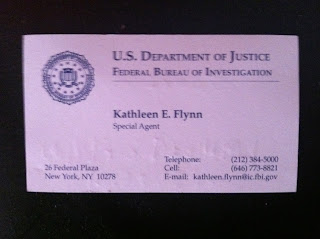 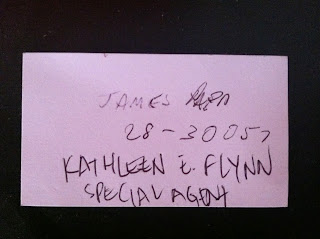