The 123 Community Space was founded in the Summer of 2007 by a coalition of three groups. The Freegan Bike Workshop, Misled Youth and In Our Hearts. The three founding organizations were all interested in having or moving to a new space. The Freegan Bike Workshop was unhappy with their former location in midtown Manhattan; In Our Hearts had been without a space since our infoshop and the Free Store were forced to close in 2005; and Misled Youth was hoping that a space would help them to be a more effective group and reach more like minded young people. Once all three organizations were committed to the space I put down a deposit and signed a three year lease.

The Freegan Bike Workshop was one the most active projects that the space had to offer, but besides that there was a darkroom that offered t-shirt and poster screen printing, the In Our Hearts lending library, movie screenings, open mic, live music, poetry and much more. 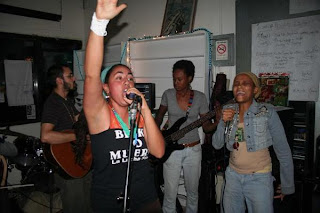 Misled Youth disbanded and ceased being involved with the space as an organization in late 2008. Others attempted to step in and fill the void. BedStuy Food Not Bombs began operating out of the space around this time and became part of the space. 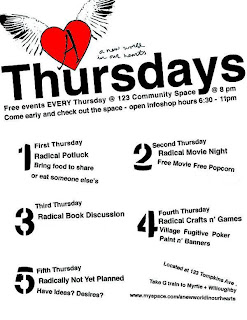 In the final eight months or so of the space I stepped back but continued to be involved somewhat, mainly through In Our Hearts who utilized the space for weekly events. Due in part to conflicts with the landlord and conflicts within the space amongst rent paying organizations and between individuals the space closed permanently at the end of September 2009. After many of the groups including In Our Hearts, Food Not Bombs and the Freegan Bike Workshop had removed their belongings from the space a raucous punk show organized by a few individuals was held and the space was deliberately trashed as a final fuck you to the landlord, and presumably those like myself who were financial responsible, and organizations like Freegan Bike Workshop and In Our Hearts who hoped we would be able to get our deposit back to aid us in getting a new space. 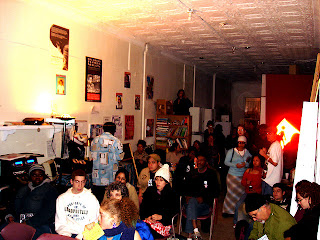 Despite the sour note the space ended on much was accomplished there and the true spirit of community the space represented was carried on to future projects elsewhere including the New Brooklyn Free Store which was founded in part by current or former members of In Our Hearts, The Freegan Bike Workshop and Misled Youth, all of whom had been integral in the 123 Community Space. 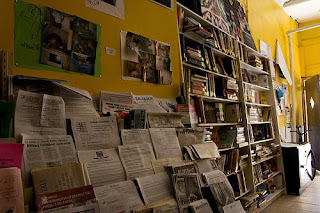