A New World In Our Hearts Anarchist Network is opposed to all forms of hierarchy and domination. We are opposed to patriarchy and rape culture. We support the rights and safety of both those who have experienced harm and those who have harmed others. We believe in promoting the values of transformative justice and holistic accountability. Part of working toward a better world is healing the negative effects of patriarchy, capitalism, and the state, as well as those who have harmed us.

As a group we have been dealing with the issues surrounding one of our members Thadeaus. This has been particularly challenging because the folks who continue a campaign against network projects due to this member’s involvement refuse to discuss how to work towards a resolution through a method rooted in transformative culture. To date, we have worked with Thadeaus on a series of accountability meetings, a website addressing in detail each issue that has been brought to the public, and supported his choice to attend continual counseling, which he attended over two years of weekly sessions.

For us, accountability includes meaningful reflection on your interactions with others, including how your experiences compare with others’ experiences of you. One acknowledges their responsibility in all interactions, and becomes aware of patterns that might make them further perpetuate suffering and oppression. In this specific situation, Thadeaus can be accountable to different parties. We feel comfortable working as a group because he is open with us about discussing these issues, has settled many of our concerns, and continues to work towards better accountability for himself.

We do not feel we are harboring a perpetrator or perpetuator of any type of assault, or someone who has sought to evade transformative accountability, by allowing Thadeaus to be a member in our network. As far as we know, those perpetuating a violent campaign have refused to participate in mediation or an accountability process, for more than two years now.

For a response to some of the most serious allegations, please refer to the letter Thadeaus wrote in response to an anonymous email sent out in 2009. The conscious, deliberate effort to compromise A New World In Our Hearts’ organizing is unwarranted and inappropriate given that we are all actively working toward a better world, both within our groups and in the world at large.

Sincerely,
A New World In Our Hearts 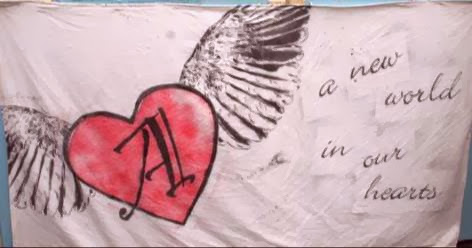